The Different Schools of Yoga 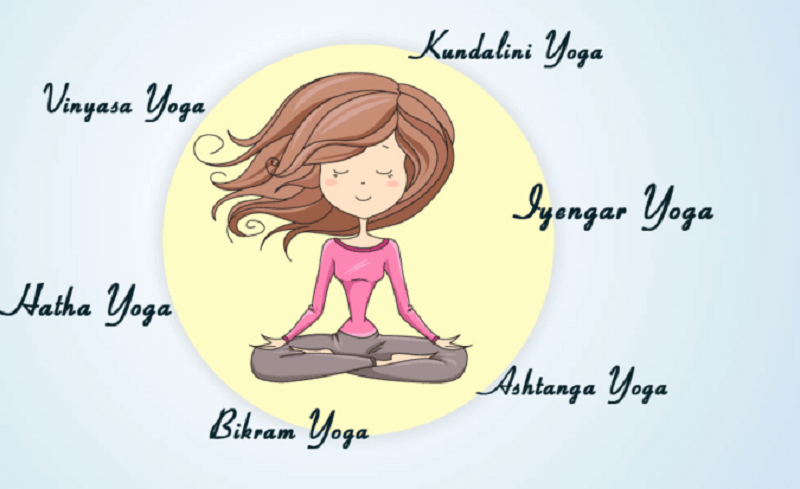 The Different Schools of Yoga

Throughout the ages, yoga masters who wanted to share their blissful way of living have run into many challenges. As humanity has progressed, so have the levels of stress and deviations from our natural way of living. Hence, yoga masters have invented new systems of yoga to attempt to counteract these. As yoga has developed throughout the ages, it has become increasingly diverse. However, it’s important to keep in mind the end goals of each are all the same: a blissful, meditative life.

There are many types, branches, or paths of yoga. Each path utilizes a different emphasis to help perfect a different aspect of human personality, in different stages of an aspirant’s development. All these should be seen within the single framework of raja yoga, which is the eight limbs yoga as described in the Yoga Sutras of Patanjali.

The syllable ‘ha’ denotes the sun or the pranic (vital) force governing the physical body and ‘tha’ denotes the moon or Chitta (mental) force thus making Hatha Yoga a catalyst to an awakening of the two energies that govern our lives. More correctly, the techniques described in Hatha Yoga harmonize and purify the body systems and focus the mind in preparation for more advanced chakra and Kundalini practices.
The term Hatha Yoga has been commonly used to describe the practice of Asana (postures). However, the Hatha Yoga system includes not only Asanas but also the six Shatkarmas (physical and mental purification techniques), Mudras and Bandhas (psycho-physiological energy releasing techniques), and Pranayamas (pranic awakening practices).
The most fundamental text of Hatha Yoga is the Hatha Yoga Pradipika, written by Swami Swatamarama, a disciple of Swami Gorakhnath. It lists in great detail all the main asanas, pranayama, mudra, and bandha. It runs in the line of Hindu yoga and is dedicated to Lord Adinath, a name for Lord Shiva, who is alleged to have imparted the secret of Hatha Yoga to his divine consort Parvati.
THE PHILOSOPHY OF HATHA YOGA Of the various types of yoga, hatha yoga is the most popular and it is practically synonymous with the totality of yoga. This is because most human beings identify the self with the physical body, and as such have begun their journey to the spiritual self in the vehicle called the body. However, we should not mistake the vehicle as to the goal of the journey.
The practice of Hatha Yoga is incomplete unless some of the subtle forces and essences such as mind & prana are understood. Once they are, the practice of Hatha Yoga unblocks the channels through which these essences are infused into the body during the practice. Fine-tuning of the human personality at increasingly subtle levels leads to higher states of awareness and meditation. Without this understanding, Hatha Yoga will be reduced to merely another set of physical exercises.

Jnana Yoga is the process of converting intellectual knowledge into practical wisdom. It is a discovery of human Dharma in relation to nature and the universe. Jnana Yoga is described by tradition as a means to obtain the highest meditative state and inner knowledge. Jnana literally means ‘knowledge’, but in the context of yoga, it means the process of meditative awareness, which leads to illuminative wisdom. It is not a method by which we try to find rational answers to eternal questions; but rather a part of meditation leading to self-inquiry and self-realization.

Some of the components of Jnana Yoga are:

Karma Yoga is a path of devotion through work, or rather, service. One loses his identity while working, only selfless work remains. This state is very difficult to achieve. Generally, some reward, incentive, or outcome follows after work, and one is attached to these rewards or incentives. This is not Karma Yoga. Non-attachment towards work and becoming the perfect instrument of the super consciousness in this manifested universe is the ultimate aim of Karma Yoga.
In the initial stages of Karma Yoga, an individual possesses a strong sense of ego and consciously or unconsciously he is attached to the fruits of his efforts – he expects at least praise or recognition. However, being continually involved in work and developing a change in mental attitude, the individual can surely disassociate himself from the ego and his own personality. In this state the work becomes worship to God, it becomes spiritual. The individual also becomes an expert, a Yogi. He achieves stability of mind in all conditions, he is not disturbed, excited, or happy in any situation. He becomes divine & his actions represent God’s will.
The essence of Karma Yoga, as extracted from the Bhagavad Gita (Chapter 6, Sloke No.13), is that the world is confined in its own activity except when actions are performed as worship of God. Therefore one must perform every action sacramentally and be free of attachments to the results.

Bhakti means Yoga of devotion or complete faith. This faith is generally in God or supreme consciousness in any form. It may be Lord Rama, Krishna, Christ, Mohammed, Buddha, etc. It may be a Guru for his disciples or love towards existence.
The important thing is that a person interested in following this path must have a very strong emotional bond with the object of faith. The flow of emotional energy is directed to this object. Most people suppress their emotions, and that often manifests in the form of physical and mental disorders. Bhakti Yoga releases these suppressed emotions and brings about the purification of the inner self.
Continuous meditation on God or an object of faith will gradually decrease the ego of the practitioner. This in turn prevents new distractions, fickleness, or even pain and induces strong bonds of love. Gradually, the practitioner loses self-identity and becomes one with the object of faith, this is a state of self-realization.

Mantras are Sanskrit syllables, words, or phrases, which when repeated in meditation, will bring an individual to a higher state of consciousness. Mantra Yoga has its origins in Vedic Sciences and also in the Tantras. In fact, all the verses in Vedas are called mantras, it is said that any person who can chant or sing Vedas can achieve ultimate salvation or union with supreme consciousness only by chanting the mantras, which is the aim of Mantra Yoga.

Kundalini Yoga is concerned with awakening the psychic centers or chakras, which exist in every individual. There are seven main chakras in the human body. The lowest level chakra connects us to the animal instinct level, while the highest level connects us to the instinctive realms of being or the sublime heights of consciousness.
In Kundalini Yoga, higher-level chakras are awakened and in turn, the activities associated with these higher psychic centers are awakened as well. The basic method of awakening involves deep concentration on these chakras and forcing their arousal. Asanas, Pranayama, Mudra and Bandha and other forms of Yoga such as Mantra Yoga are also used to stimulate this awakening.

Raja Yoga usually refers to the system of yoga as described in the Yoga Sutras of Patanjali. In this ancient text, Patanjali describes eight stages of yoga, which are known collectively as Raja Yoga or Ashtanga Yoga. Raja Yoga is a comprehensive yoga system that deals with the refinement of human behavior and personality through the practice of the Yamas (restraint) and Niyamas (disciplines); attainment of physical health and vitality through Asanas (postures) and Pranayamas (pranic breathing techniques); management of mental and emotional conflicts and development of awareness and concentration through Pratyahara (withdrawal of senses) and Dharana (concentration); and developing the creative aspect of consciousness for transcendental awareness through Dhyana (meditation) and Samadhi (absorption in the universal identity).

Iyengar’s method, a form of Hatha Yoga, is based on placing emphasis on the physical alignment of the body in the poses. In the Iyengar school, it is taught that there is a correct way to do each pose and that every student will one day be able to attain perfect poses through consistent practice. Once this balance is created in the body, it will be reflected in the mind. One of Iyengar’s major innovations is in the use of props. Today it is quite common to see blankets, blocks, straps, pillows, chairs, and bolsters being used in yoga studios. The use of these props is relatively new in the history of yoga and comes directly from Iyengar. The purpose of the usage of props is to assist the student in attaining ideal alignment, even if the body is not yet open enough.

Ashtanga Yoga is an ancient system of Hatha Yoga, first recorded in the manuscript ‘Yoga Korunta’. For generations, Ashtanga Yoga has been passed down from one teacher to the next, and since 1948 was being taught by Sri K. Pattabhi Jois at his school in Mysore, India.
In Ashtanga Yoga, there is one breath for each movement. The movements are meant to flow together so as to heal the body and produce a detoxifying sweat. This inner heat is also intended to burn away the six poisons (desire, anger, delusion, greed, envy, sloth) that surround the spiritual heart.
To avoid confusion with Ashta-anga (the Eight-Fold Path), the preferred names for the yoga of Sri K. Pattabhi Jois are ‘Ashtanga Vinyasa’ or ‘Ashtanga Vinyasa Flow’. Another commonly used name is ‘Mysore Ashtanga`.